The RAA and a Revelation!

My friend Sheila is moaning at me. She reckons I do too much saying how brilliant other Bloggers are on here.  Can't be helped, my friend, I tell 'er.

Maybe she has a point though?

Are blogs for other Bloggers or our friends and family, as well as ourselves? I guess a mixture of all.

Anyway, I'm not going to bang on about any today because I have been bestowed with yet another Award which demands these bleedin' 'tells,' which I normally resist nowadays, but in order to be able to shut Sheila up I felt I should graciously accept this one and pass it on to her, because it's the 'Reader Appreciation' one:

I really appreciate that you read my blog,

Let's catch up for a glass of wine / coffee / chat soon.


[This is one way of discovering who does and who doesn't, don't you think? ;)].


And a silent thanks to

who have all awarded me this, together with a variety of pesky questions that I now feel obliged to wade through. There's also something confusing somewhere about making a Revelation:

Where do you do most of your writing/blogging?
In the kitchen with my back to all the chaos.

What books were your childhood favourites?
It was so long ago, I haven't a clue. Enid Blyton, maybe, at a guess if you're going to push me.

Who is your favourite fictional character?
Samantha from Sex and the City. Because she's bonkers.

What is your favourite time of day and why?
The moment the kids are both asleep, or the rare times I wake up, naturally, before they do. The peace.

Have you ever Googled yourself and been surprised at what you’ve found?
Yes, ages ago, it was all about Buffy the Vampire Slayer and a weird relationship between Xander Harris and Anya Jenkins who were set to marry, but apparently didn't.
﻿
Who would play you in a movie of your life?
Someone whose thighs had seen better days.  People used to say I looked like Demi Moore - but I hardly did when we were roughly the same age and she looks twenty years younger than I do now!

One material possession I could not live without?
The groceries being delivered i.e. the Laptop.

Have you ever been naked in public?
Not that I can remember, but there was a lot of alcohol in the 80s, so that doesn't mean it hasn't happened....

What is your dream car?
Definitely a Mercedes Convertible - the one with enough room for the kids too. I don't mind which colour.  Honestly... 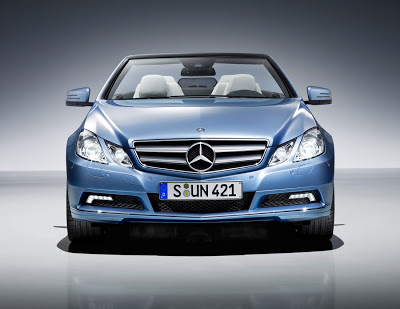 What is your Star Sign?
There's lots of Pisces in my chart and that is my sun sign. Libra is the rising one and there's Jupiter in Aries which, apparently, gives me my fire.

Any guilty pleasures?
Buying those ready cooked hot chickens in the supermarket to feed the family.

A Revelation:
I am OVER my thing about buying potato peelers everywhere I go.

So, it's at this point I would pass on the Award to some lovely loyal readers who also blog, but, today, it's for those readers who don't blog, who I appreciate anyway, so no tags from me, in honour of them. *Points at mates.*

Let's hope that gets me off the hook with Sheila for a while, eh?