A Conversation with my Five Year Old.

I love conversations with little children, especially those they have between them and when they're five years old, but this one was just my youngest and me when we were in my bed the other morning. 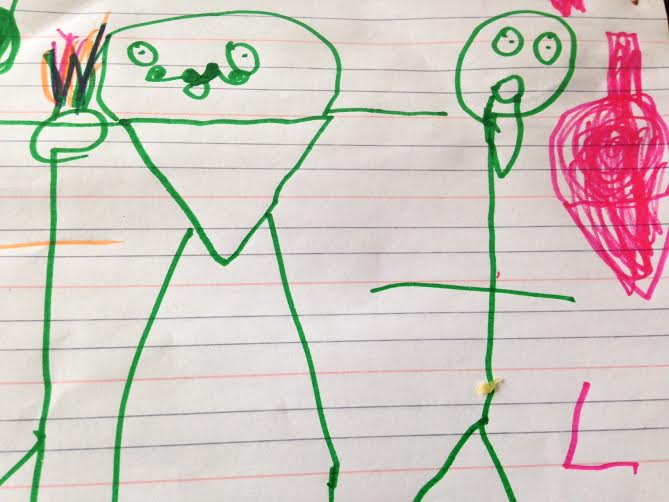 Him: 'Mummy, I want to grow a moustache.'

Him: 'Not one like this' - he formed the shape of a Hitler style one across his upper lip.

He took two hands and elaborately drew, from the centre of his upper lip, an imaginary long and glorious moustache with big curls up at the end each side. 'Like this,' he said proudly.

Me: 'Oooh, lovely. One like this?' Taking his two handed cue, I mimicked a very long, magnificent one.

Him: Horrified. 'Nooooo. I don't want one like Father Christmas! I want one of those little triangle ones.' And he showed me a very small, delicate little thing off the end of his chin.

Me: A goatee beard?

Me. Surprised (and a tad disappointed if I'm honest): 'Fabulous darling. Why do you want one of those?'

Him: 'Because they look awesome. And the Master has one in Power Rangers and they're really cool.'

Me:  'You dont' fancy a Gary Barlow type one? That's what I call a nice beard.'


What kind of convos do you have with your kids?
Posted by Older Single Mum at 14:14