I recently attended the Blogger conference for the charity 'Save the Children' and, while writing up my notes, completely forgot to make myself some dinner and wondered if it was some sort of 'Sign' from the powers that be.

That, or I'm some sort of idiot.

At the end of last year the very lovely Liz Jarvis at The Mum Blog wrote a piece called New Year New Body explaining that, in her experience, what works when trying to shift those extra pounds is being part of a group.  She created a Facebook page, loads of people signed up, all eager and enthusiastic -evangelistic even, me included.

Since then Liz has posted almost every week losing 1-21b, which, since the beginning of the year, has totted up to a considerable amount of weight loss.  Most of us have been far less consistent or successful and my posts have been dismal, so when she told us that Weight Watchers would be interested in any Bloggers for it, I thought it might give me the impetus that I so obviously otherwise lack. 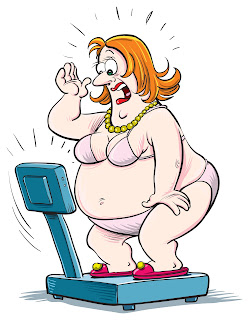 There has been a great deal of heartache over the last few years and it's easy for the weight to pile on when you're lonely and sad, up in the nights, distressed and very, very tired (it has been shown that our hormones can play havoc) and there wasn't even a man in my bed to make me at all bothered about it.

But. Huzzah. Now there is someone special for whom I would like to feel more confident about myself again.  Even though he has been around for some months now, the 'good' life of shared bottles of wine and his favourite take away curries have merely served to exacerbated the situation! Intentions shattered, I have joined WW where every excuse I've ever thought of is already covered on their website, where they provide products to help you along and, like Liz, encourage keeping a food diary.

Today, I emptied a sachet of their morning oats into a bowl. Its size was a 'Sign' all right - that eating three or four times its amount and expecting to lose weight is what's really idiotic - and that's without counting adding a rather generous chocolate spread dollop! (You don't get a Klout +1 score for 'influence over Nutella' on Twitter for nothing you know!).

And I fear the adjustment is going to make me so hungry that the chances of me going without my dinner again look pretty slim [- like me, hopefully, within a few months! Ha ha.]

But, then, I think again about those poor malnourished people that 'Save the Children' are endeavouring to help, which is more than enough to put you off your food and realise my chocolate raisin days are almost, probably, finally and thankfully coming to a close.

Disclosure - Weight Watchers have sent me a few samples of their products and signed me up for free.

NEXT - Save the Children - Blogging it for the Babies of Bangladesh.