How to Make a Perfect Carbonara Sauce.

When recently waxing lyrical about the ups and downsides of taking in Foreign Language Students, it slipped my mind to mention the cooking.

If you nag them enough ask them very nicely they might show you how to cook the dishes they make in their own countries.

Here's Daniele who is Swiss Italian, making the perfect Spaghetti Carbonara - just how his Mamma does.


Top tip - cook the SPAGHETTI first.  We forgot that on our first two tries at this recipe! 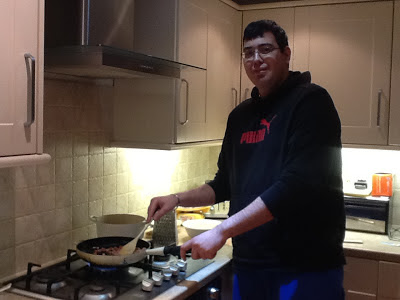 He is frying a couple of packets of Pancetta - until it's almost cooked through. 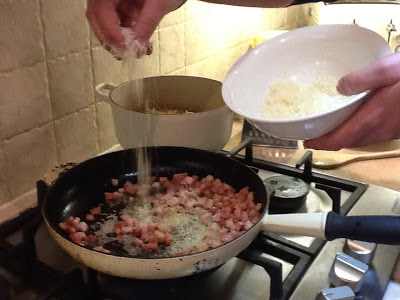 Now he's adding quite a considerable amount of FRESHLY GRATED Parmigiano Reggiano cheese - he says any decent Parmesan would do.   It looked like 2-3 tablespoonsful.  We have serious translation issues! 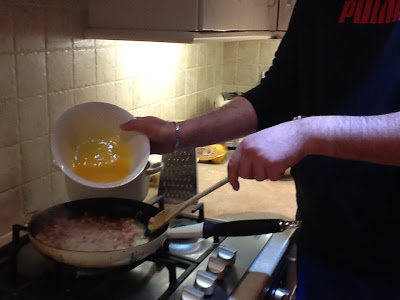 Then he adds EGG YOLKS ONLY, one per person, although I prefer one or two extra, plus he then adds quite a splash of MILK and keeps stirring until it's all cooked through. 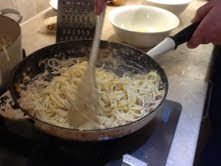 The cooked spaghetti gets chucked in .... 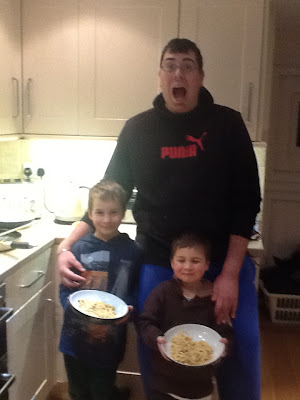 
He'd never made this before - he'd watched his mum and written down the recipe when he got sick of me asking we invited him to cook.  I discovered it's not cream at all that gives this dish the oomph, but plenty of the parmesan and if you forget to discard the egg whites, then you end up with scrambled eggs, bacon and pasta!

It's honestly so simple and the quantities of all the ingredients are down to personal preference.  His father likes less eggs, his mother likes more milk.

You'll find your own way and it ain't half fun practising.  Buon appetito!