Continuing this extaordinary Series of Stories from Single Mums, here is one of our most moving and (unbelievably!) inspiring yet.

One of my best girlfriends lost her husband under two yeas ago. She is 46, with two girls aged ten and seven and has written this anonymously. It is a raw and emotional piece, but with a wonderful, surprising finish.

The story of my journey to become a single mum is perhaps different from most. I am a 46 year old widow, and when I said 'till death do us part' on my glorious wedding day, facing my handsome husband and a future, I had no idea this would be the case. We grew together from teenage sweethearts and remained in love through the challenges of college, first jobs, a distant relationship, children and money difficulties.


My dear husband had always been sporty and active. He played football up until the age of 42 but to his detriment, he was a heavy smoker. He'd tried on numerous occasions to quit, even the birth of our 2 beautiful daughters was not enough of an incentive for him to succeed. However, by the age of 43 he found sport increasingly difficult and was concerned about how his breathing was deteriorating. Whilst the doctors procrastinated about a referral to a specialist, my husband was offered support with a 'quit smoking' class run by the NHS. I was so proud of him as he finally succeed and gave up smoking for good.


As a cruel twist of fate, in the coming weeks his breathing got worse. We initially thought this could be the 'cold turkey' effect that ex-smokers describe. With further persistence, we were referred to a lung specialist who, within 5 minutes of our appointment gave us the devastating news that my husband had a rare lung condition called pulmonary fibrosis. This was described as a very serious condition but not at this stage was the word 'terminal' mentioned. We understood the gravity of the situation but not to the full extent until we came home and investigated more on the internet. I will never forget the day my husband put the sentence together that contained the words 'life expectancy of three to five years'.


We found it almost impossible to look our two young children in the eyes. My husband just hugged them and tears streamed down his face. The journey we had lasted just over 2 years and I cannot possibly describe in words the agony of watching your young, sexy husband deteriorate until he struggles for breath, depends on oxygen and is mobile with the aid of a wheelchair. Other than the obvious day to day difficulties, of which there were many, we had two other major challenges. My husband was fortunate enough to be placed on the organ transplant list which was his only hope of gaining another 3-5 years of his life, subject to the surgery being a success. The anxiety of getting through every day waiting for 'that phone call' which could change your life is immense and totally draining. The other challenge was explaining to our 2 innocent children what the hell was going on. We tried to be as honest as possible without outlining the worst case scenario. 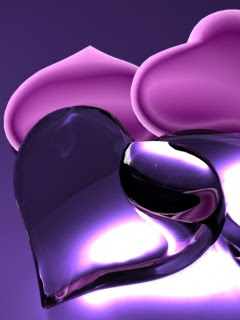 My darling lost his impossibly difficult struggle at the age of 46, and as if that wasn't bad enough, he died on my birthday. The children did not get to say goodbye because the scene in intensive care was far too traumatic for them to deal with, I struggled with those memories and images for months. It would be the first image I would see when I woke up and the last at night. My little girls have been heroes as they were so brave. They returned to school 2 days following his death and were nurtured by the wonderful staff that teach at the school. I had to return to work now being the only breadwinner and did so after 3 weeks. Those weeks and months that followed were lonely and frightening. My family and closest friends helped me hold it all together. I spent most nights on the phone to one of my soulmates, for company, support, love and just trying to make some sense of the nightmare. The first Christmas and New Year's Eve were some of the darkest days of my life.

A year on, I am in a different place. I've worked through a redundancy, found another job, had 3 other bereavements but have received the support from a wonderful counsellor. In addition, my anchor through all of this has been my family and friends.
The first New Year's Eve as a single mum, crystalized the fact that I did not want to be a single mum forever. I am after all still young, have a lot of love and fun to give. I knew after this bleak day, something had to change and only I could make that change. I knew I needed to start getting out, after all, you are not going to meet anyone in your living room. I arranged a few special nights out with girlfriends and decided at that point, I may need to widen the net. By the February, I had registered with one of the leading dating websites and by March I started receiving emails from an interested party. In short, this interested party is now my boyfriend, we have been seeing each other ever since and are in love. We are both catching up with lost time and really making the most of life. We have been abroad together already and more recently have started to involve the children, who could not be more delighted.
I guess that there are 3 morals to this story:
1. Never give up hope - I doubt there are many single mums that relish being on their own. Only you can start to make that change.
2. Change can be very scary but exciting at the same time. Embrace it and accept that things rarely stay the same, be adaptable and prepare to compromise when necessary.
3. If you aren't already registered as an organ donor, please give it some thought. It is so important and saves so many lives.
Posted by Older Single Mum at 09:32