The Trouble with Foreign Language Students.

Another upside is that they can teach you and your children a foreign language.
Another downside is that this will invariably involve a silly trading of poo words (with the little ones) and evidently hilarious expletives and swearwords (us big ones).

They will play football with your kids and table hockey galore on a good day.
When they've been out the night (and morning) before you can't rely on them to do that, just as you've become used to a little slack while cooking for so many people.

You can send them to the corner shop when you run out of wine anything and they will gleefully go.
They will also cheerfully eat you out of house and home, should you permit them and regularly splatter your microwave with their frankfurter sausages which they might snack on three times a day because you don't.

A jar of Nutella lasts less than a week, which is a bad thing when you want to put it in the kids' porridge and it's all gone, but a good one if you're prone to eating it out of the jar and when you find it in the cupboard it's actually empty! 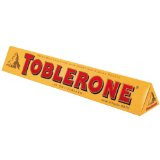 You get paid to 'host' them by their school, which works out well or the family wouldn't be able to eat (and see why I felt it necessary to take this decision in the first place HERE), but the schools who pay better will only see you through the Summer months, so you're forced to take them from the ones who pay considerably less, but not take it out on the Students who live with you throughout the winter.

They will bring you flowers when you're extra nice to them and big fat humungous bars of Swiss chocolate in January when you're sick of the sight of the stuff and you're dieting and you'll have to sneakily give it away without them noticing.


On the whole they're good company and fun to have around and the children adore them.  Occasionally we get a mad one, but eventually, whether we're happy or sad to see the back of them when they go home for their holidays, fortunately or unfortunately, the only real trouble with Foreign Language Students is that they have to come back!
Posted by Older Single Mum at 19:50