Anyone who does their grocery shopping regularly on-line will know how long it takes to build up a list comprehensive enough not to keep forgetting things and will remain lazy loyal as a result once it's done.

So when I agreed to check out a price comparison website for supermarket shopping, mysupermarket.co.uk, it secretly filled me with dread.  Within moments of signing up, however, my Sainsbury's favourites had been imported and I was happily starting to fill my basket.

So far, so great!

Plodding along, as normal, chucking stuff in, as you do, an alert called 'Swap & Save' flashed up.  This told me that my Pink Lady apples at 46.1p each could be swapped to Royal Gala ones at 27.3p each, thus saving 58p for four.  I ignored it though.  The kids can have the cheap ones.  The posh ones are my secret.  (Parma Ham is another one - don't tell anyone.  No-one touches that.  It doesn't even make it onto a plate!).

There's a list of the five main supermarkets and a running calculation of what your shop totals in each of them.  This is quite fascinating to watch but I was glad to see Sainsbury's holding its own. Even at £35 ish, Ocado was at £45 ish for exactly the same goods.

The pancetta was on offer (for the perfect Carbonara we now make regularly), plus the lamb was half price and these were accompanied by a rather loud ker-ching sound as they were added! As were any other major savings.

It does feel good knowing that you've got a bargain so I decided to head over to their special offers section to see what others were around.  I definitely liked their 'savvy buys' shelf.  This is where they gather the 'real' top offers so you can clearly see them all in one place and where you will save more than 30% on the average regular price.

Then I saw the cross through the Sainsbury's van saying they didn't deliver in my area, which clearly isn't true, but I figured that the cheapest shop at the end could deliver it all instead.  They do give you the option of transferring over, but that means doing it without the comfort blanket that is a list, so I stuck with it.

As it happened, I didn't need to swap over and it must have been a glitch because a) Sainsbury's came out top and I am comfortable with the quality of their fresh food, b) they move you through to your normal site account, so c) a delivery slot was easily booked and d) payment was easily made.

It was actually quite enjoyable comparing prices from my sitting room. 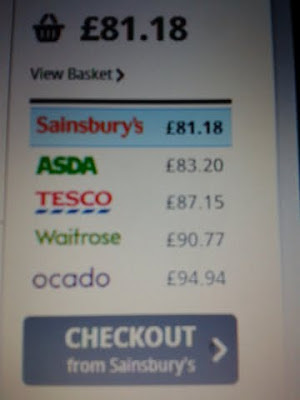 mySupermarket.co.uk also offer cashback on various products which is totally exclusive to their site, the ability to create price alerts by email and suggest a split shop if they think you’ll save more money by doing this.

Somehow, I saved over £12 with their help.  They give you a diagram with the hows and whys, but the main thing for me though was the relieving of the guilt that always accompanies my weekly shop, worrying that I might have got it cheaper elsewhere.  That in itself is priceless! 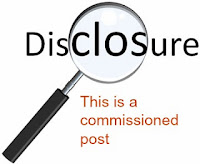