When Someone You Love Gets Married. 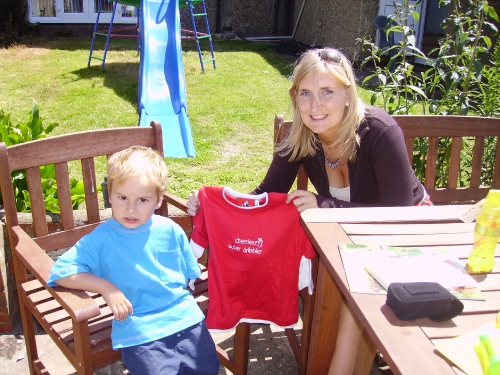 This is Hannah.  I'm never going to be a Mother of the Bride, but this is the next best thing, because she used to call me her 'Brighton Mum.'

She's the niece of someone I grew up with - who is one of my very best friends still, after almost forty years, so I also know her mum too and when Hannah needed somewhere to live, having chosen her University in Brighton, it was only natural that she should be entrusted into my care.

Yikes.  This was several years ago, before actual motherhood had arrived, so, to be honest, it quite perturbed me to be called something that I might technically have (easily) been old enough to be but wasn't really ready for, but she milked this for all it was worth and took the mickey relentlessly.

We got on really well and watched series after series of Sex and the City on DVDs in the afternoons when my first pregnancy really took hold and she was there, at home with us, the day my eldest was born - although I had to kick her out during the throes of labour because she and my ex-husband were stood discussing football while I was groaning on all fours and it really ticked me off - which *might* be an understatement, but she redeemed herself later by bringing home fish and chips and Champagne to celebrate.

Being a Bournemouth Cherries football fanatic is in her blood - truly - and she is really quite knowledgeable.  In that picture above, she's presenting 'our' baby with his first football shirt.  Yikes again.  She'd been with me shopping for maternity clothes and laughed when my knees had given way at the size of the demonstration bump the owner had stuck under a dress I was trying on, so convinced I was that a real one could never, ever, really be that big and she would soothe my nerves with gentle lies encouragement by suggesting I could never be anything other than a 'Yummy Mummy.'

She's getting married on Sunday and she'll be expecting me to be wearing something special.  It's inconceivable to consider anything else.  And although we see her rarely now her studies are over, you never forget someone who brought home a moses basket on a bus with you, calls you any kind of 'Mum,' then helps you when you become a real one.

I know she's a fan of the blog, so Congratulations Hannah and Adam, on your Wedding this week-end!


[Disclosure - I have been compensated for this post, but all words and pics are my own obvs.].
Posted by Older Single Mum at 16:04