The Story of A Not So Innocent Stroll.

Doesn't this look like an innocent day for a stroll?

As promised yesterday, here's a series of pics that tell another story of a quite unexpected happening when going out for some fresh air recently.  The sea looks so calm compared to these others recently and the sky couldn't be much more of a stronger contrast - it's actually quite hard to believe how little time has passed between the two days until you walk a little longer, look a little closer and see the signs. 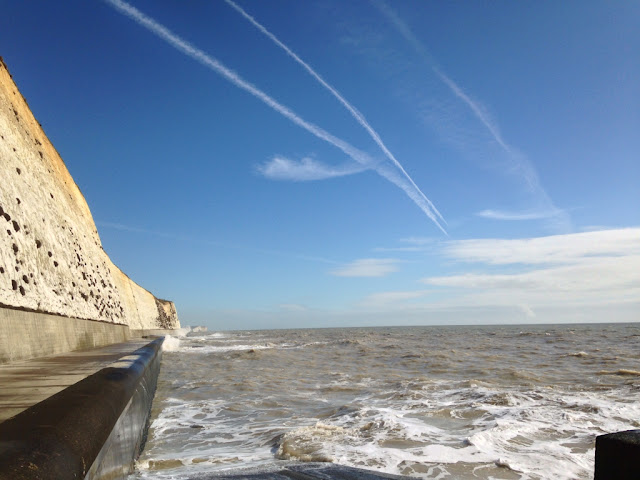 - It took a passing Australian chap to point out the tell tale ones up against the actual cliff wall!


The ones on the promenade had looked a bit wet - 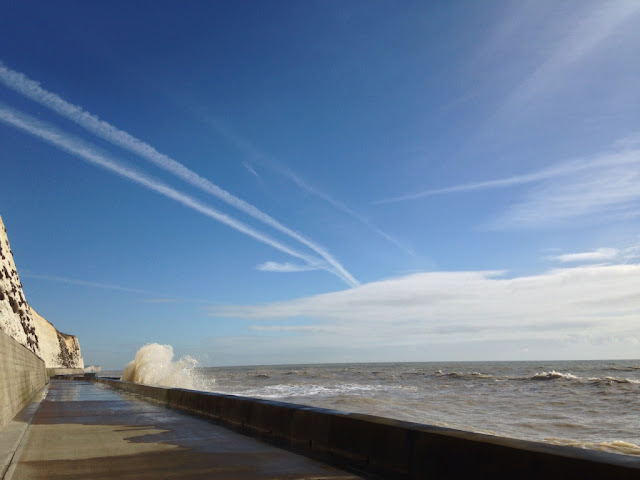 - and it wasn't too long before those of us down there could see why! 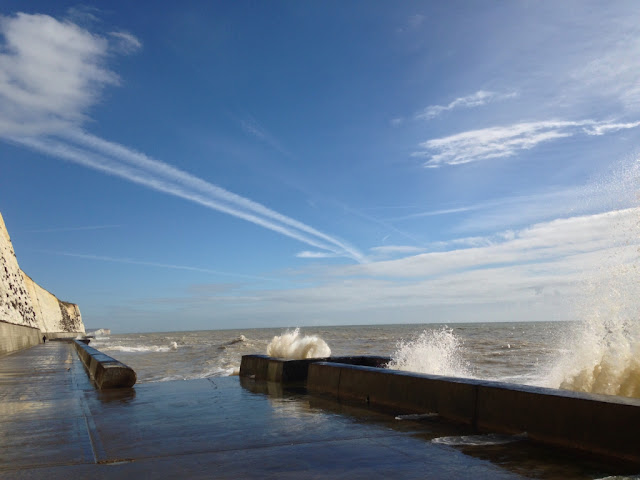 And out of nowhere things like this would happen and make me jump a mile! 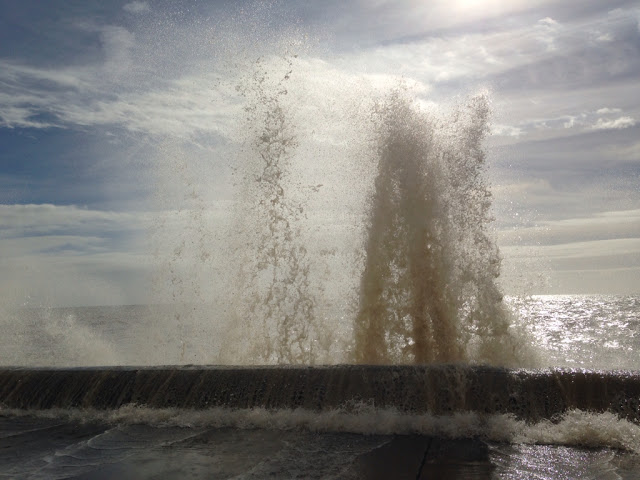 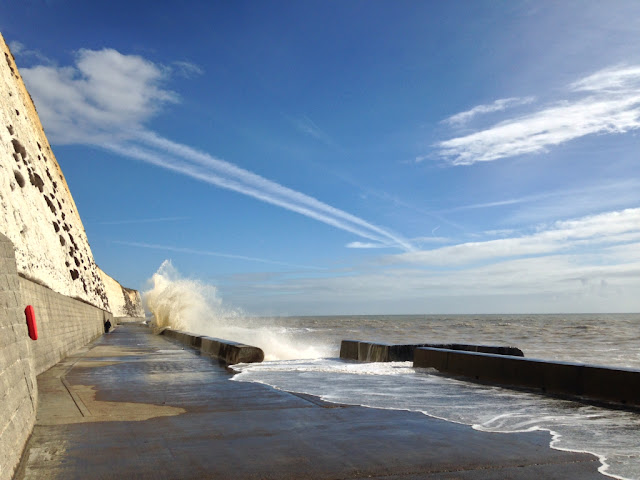 But it wasn't only me taken by surprise - 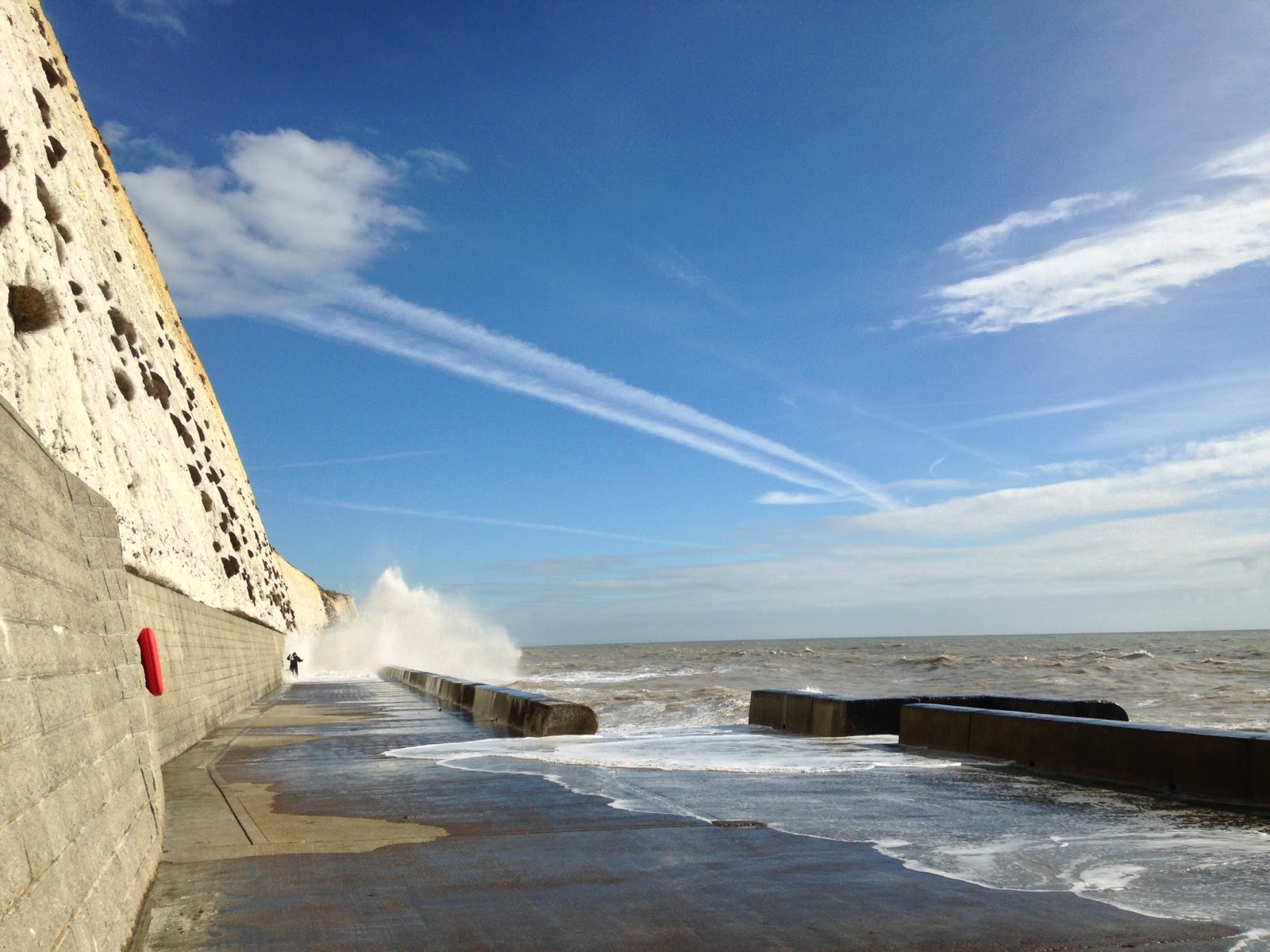 There's a close up of this one on yesterday's post I ruddy love it SO much and it seemed rude not to give it its own special space!

The waves seemed to come out of nowhere, through and over the defences! 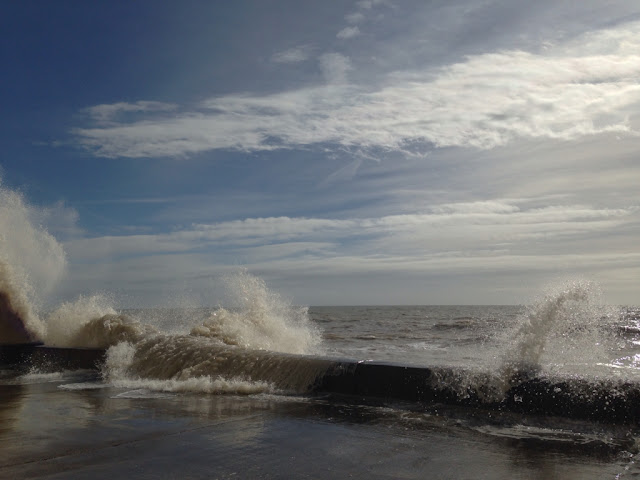 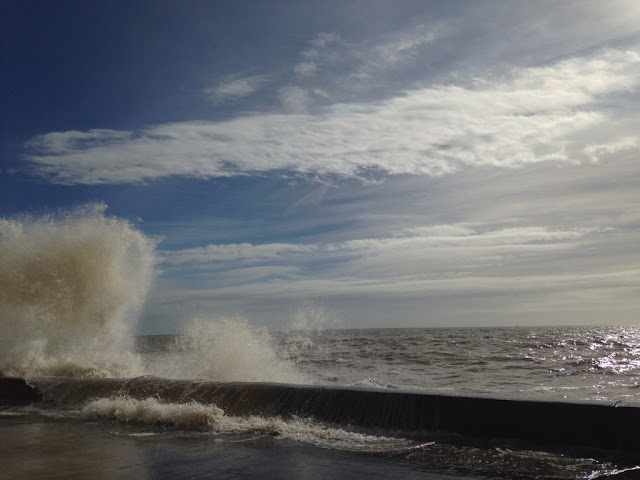 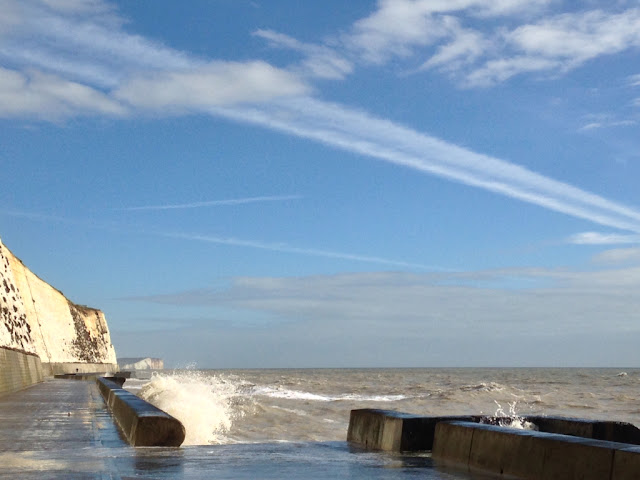 So despite the sunny weather, this turned out to be a shorter stroll in that direction than anticipated.  It didn't make sense to go any further and I headed off in the opposite one, noting the wet promenade again, but thinking how much safer it looked that way - only to have once more been lulled into a stupid sense of security and not being the only one! 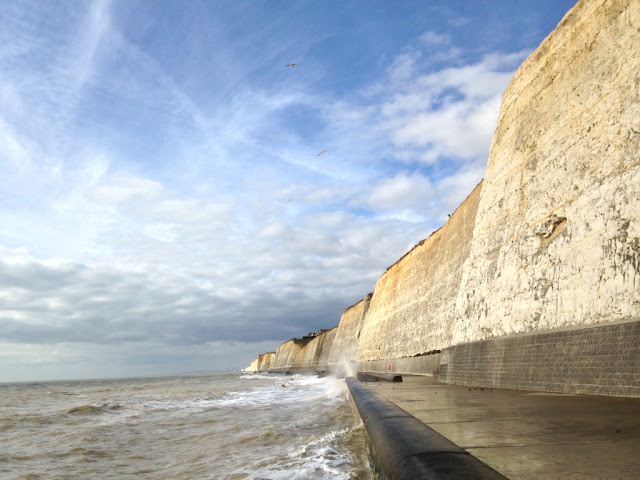 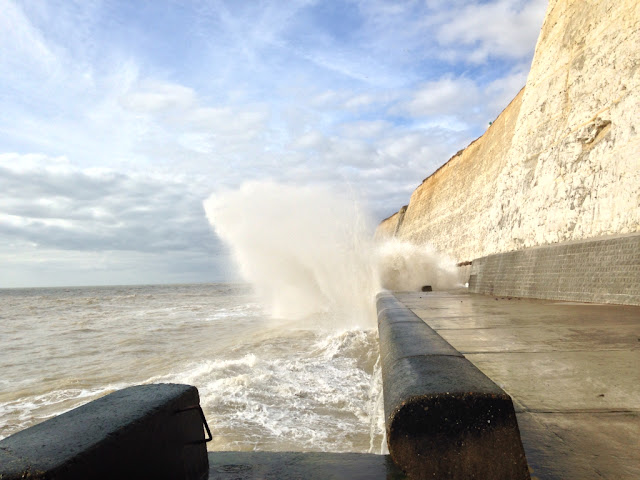 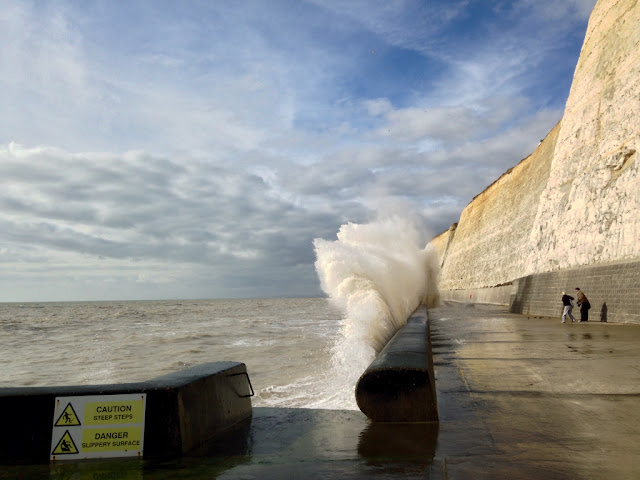 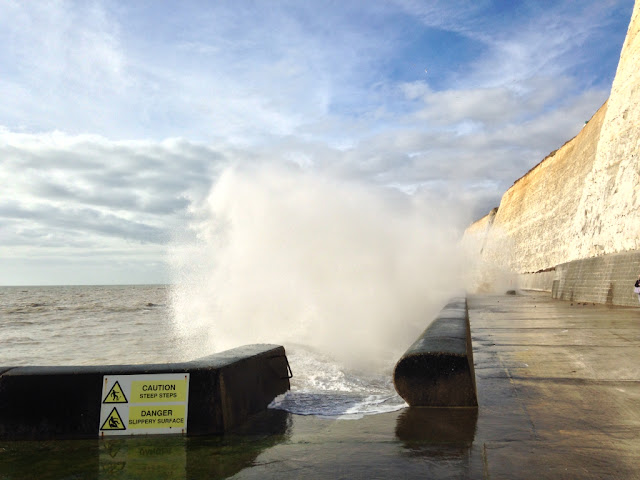 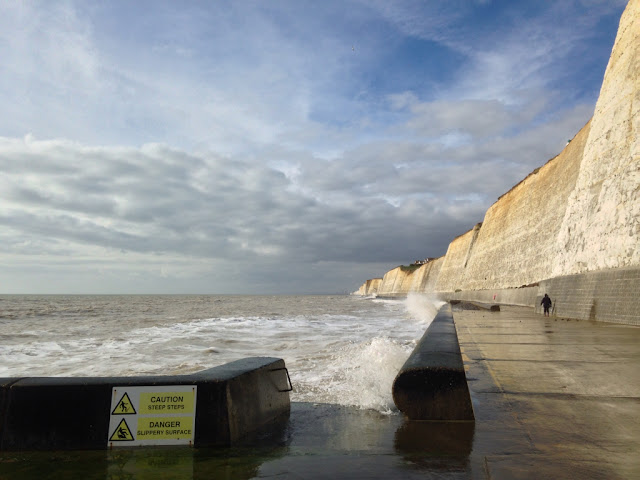 This is Gabi, the lady from earlier squelching her way towards home but not before we'd had a decent chat and a laugh about the sea still behaving in way that we're not used to locally.  She has sportingly said it's OK to post these photographs of her.

We were fortunate that there was some safe middle ground to head to because, fascinating though it was, I was genuinely frightened by now and glad to be able to run away! 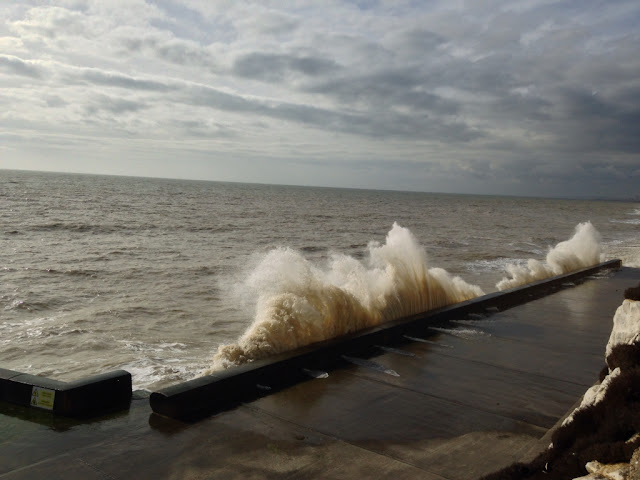 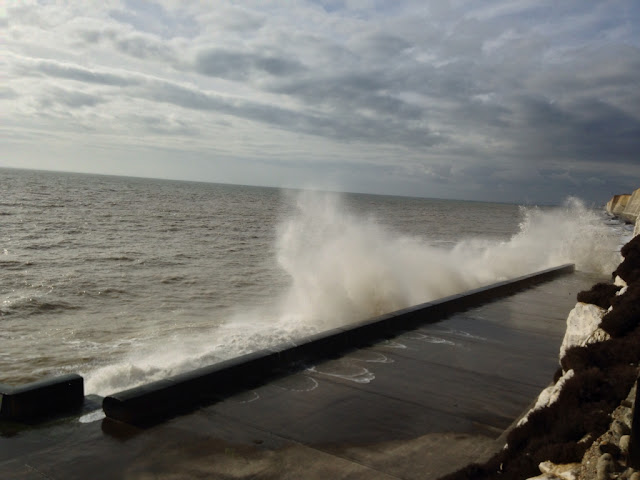 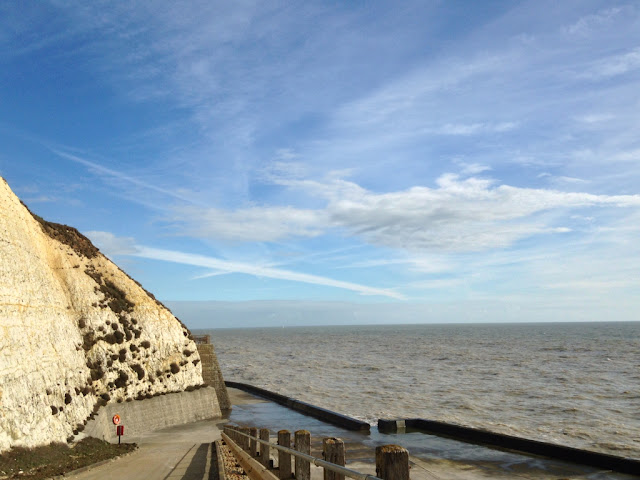 But doesn't this look like an innocent day for a stroll?

Linking up with Older mum's #oneweek celebration of Winter.