A Mark Warner Holiday as a Single Parent.

I mentioned recently that we'd been away on a holiday or two - one to Jersey and another to the Greek island of Lemnos.  Travelling with children is never a breeze, let alone as a lone parent and, frankly, after the first one, I wasn't sure if I could stomach the strain of a second.

Also, seeing as I was being asked to review a family resort, it gave rise to a huge potential for feeling #awkward, again travelling on my own with the kids.  But no matter how tough a job it seemed, someone had to do it ;).

The reason behind Mark Warner's invitation to visit their Lemnos resort was to experience one of their holidays from a single parent perspective and to share what I found on their blog (as well as my own if I so wished) and their website and magazine that goes out to past bookers.  This is because they have begun a Single Parent Weeks initiative, during which they waive any under-occupancy for their rooms and the whole time is geared towards social activities with group lunches and dinners, excursions etc.


The first took place (in their Levante resort) at the end of September, with an uptake of 90 guests.  It was considered a great success and there are plans afoot for some more, but, crucially, even outside of these, it is the general policy of their sales team to always try and offer the best solution with regards to accommodation so that they don’t penalise single parent travellers wherever possible.

Here's the official line:- At Mark Warner we are passionate about family holidays and for us single/solo parent holidays are a vital part of that. Our famous childcare, huge range of activities and social atmosphere means that much of the stress can be taken out of travelling on your own with children. A Mark Warner holiday with your child or children can be a great chance to reconnect, share quality time and new experiences, and make new friends.

Mmm.  This is all very well in theory, but how does it work out in practice?  They wanted to know what I really thought, how we really felt and whether we can prove that people like me really can get a break on one of their holidays.

We were sent on a standard week at the end of the summer break - which would be full on family mode, I figured and this made me awfully nervous.  Despite having travelled a great deal alone before having my children - and even used this same holiday company several times previously when going away with friends - to pitch up in a situation like this, just the three of us, was a first.

The statistics speak for themselves though and, although it wouldn't be accurate to say that the one in four families in the UK now being headed up by single parents were proportionately represented, we could see, once we arrived, that we were by no means the only ones without a spouse around. It soon became apparent that I had to do what I always do - blag it be brave and just get on with it - so that we could all make the most of the opportunities afforded to us.

During the day, it was difficult to spot who was with whom anyhow, because most people were off doing their own thing at some point or another.  With free watersports galore, tennis and mountain biking, fitness classes, a spa and optional extras like sub-aqua diving, it certainly wasn't unusual to see someone on a lounger alone reading a book / Kindle, having been temporarily abandoned by their partner!

And it was impossible to work out who had how many kids because of all their comings and goings too - which brings me to one of Mark Warner's biggest selling points - their award winning Kids Clubs (or 'Indy Clubs' for the teenagers).  Full or part time childcare is included in the holiday price from age two - 17.  Although babies from four months and younger toddlers can also be cared for, there is a charge because their staff/child ratio is high.

Children up to age six can be booked into mornings or afternoons for free and older ones can be kept entertained all day (or come and go as they please) at no extra charge.  It's possible to pay for sessions for the other half of the day for the little ones though and it's definitely advisable to pre-book.

Neither of mine were keen to join the separate ones relevant for their ages, but soon got into the swing of things. I told them that they had to for some of the time, not least, for the purposes of this review and we settled on just mornings for the older one too.  This worked for us all because none of us wanted to be apart all day!

So, it was possible, therefore, to get a proper break.  They made friends that meant our afternoons were much more sociable and both were given sailing, windsurfing, kayaking and tennis tuition they never would have received from me left to our own devices.  Plus they were also treated to time out of the heat, playing indoor games or other stuff outside, but in the shade.

I could indulge in some serious sunbathing for the first time since being pregnant with my eldest (which I *might* have mentioned to them more than once) and wave to them as they went about all their exciting business of being on a Mark Warner holiday, or take my own lessons in any of the watersports or tennis, go out on a guided mountain bike ride, or join in a fitness class, all of which are geared around the times of the Kids Clubs.  Or go to the spa for a proper pamper (with ELEMIS products, no less).  Or just enjoy some chit chat.  In the end, in between interviewing the fabulous manager (with the highest rate of client and staff return in the company) and as many of the other incredibly amenable workers as would allow it (told you it was a tough job!) I tried a bit of everything and generally *shock* pleased myself.

But there's more.  Every evening there are two different childrens' film viewings - one for the little ones at 7.30pm and an organized activity followed by another one at 8.30pmfor the older ones, where they will all be looked after until 11pm.  To this extent, some people complained that they didn't see as much of their children as they would like to!

I was stricter with mine, insiting that we ate our evening meals together, which seemed pretty much the norm at the outset of the week, but as it went on, there were less and less young ones at dinner as word got out at how brilliant this babysitting idea was for those who probably wanted to enjoy a peaceful meal with their other halves.  There are beds for the little ones where the movies were shown and some residents just carried their sleeping children home at the end of the night - something I couldn't manage on my own.  Plus, with it being such an active holiday, I wanted the boys more settled.

Not that it worked out like that.  We'd met people who were also on holiday in the resort without a partner at the 'Solo Traveller Drinks and Dinner' on the second night, something I would never have attended without a professional reason for doing so.  This takes place in every centre, every week and, to be honest, I took exception to the invitation to join it because I didn't consider myself to be travelling solo!  Neither, as is pointed out in my article now on the Mark Warner site, was I looking for company, I was looking for (and mostly managed to find, if you read it) me.

Anyway, despite dreading this social event, I was glad to have attended, because it meant friendly faces to engage with for the rest of the week.  We bumped into each other during the watersports or by the pool and shared many an enjoyable meal that meant far later nights than had been intended. Some said they had partners at home, some said they didn't.  Some were made redundant by the additional drinks and dinner alongside our own for 17-24 year olds, but all in all, it added a pleasing dimension to the trip.

And I've since recommended a name change to 'Solo Traveller and Lone Parent Drinks and Dinner,' which covers all bases and doesn't offend in quite the same way!

It would be interesting to see how the special Single Parent Weeks add to the possible social interaction for adults, something which can be sadly lacking with other tour operators, even to the extent of putting people off going away at all.  Plus, with the plethora of activites on offer, there's always a chance to meet like-minded people - even if you're the one avoiding all the action - and that applies to any standard week as well.

As it is, Mark Warner say that around 40% of their custom is made up of individuals, couples and groups of friends, and it's true to say that a very friendly atmosphere pervades. 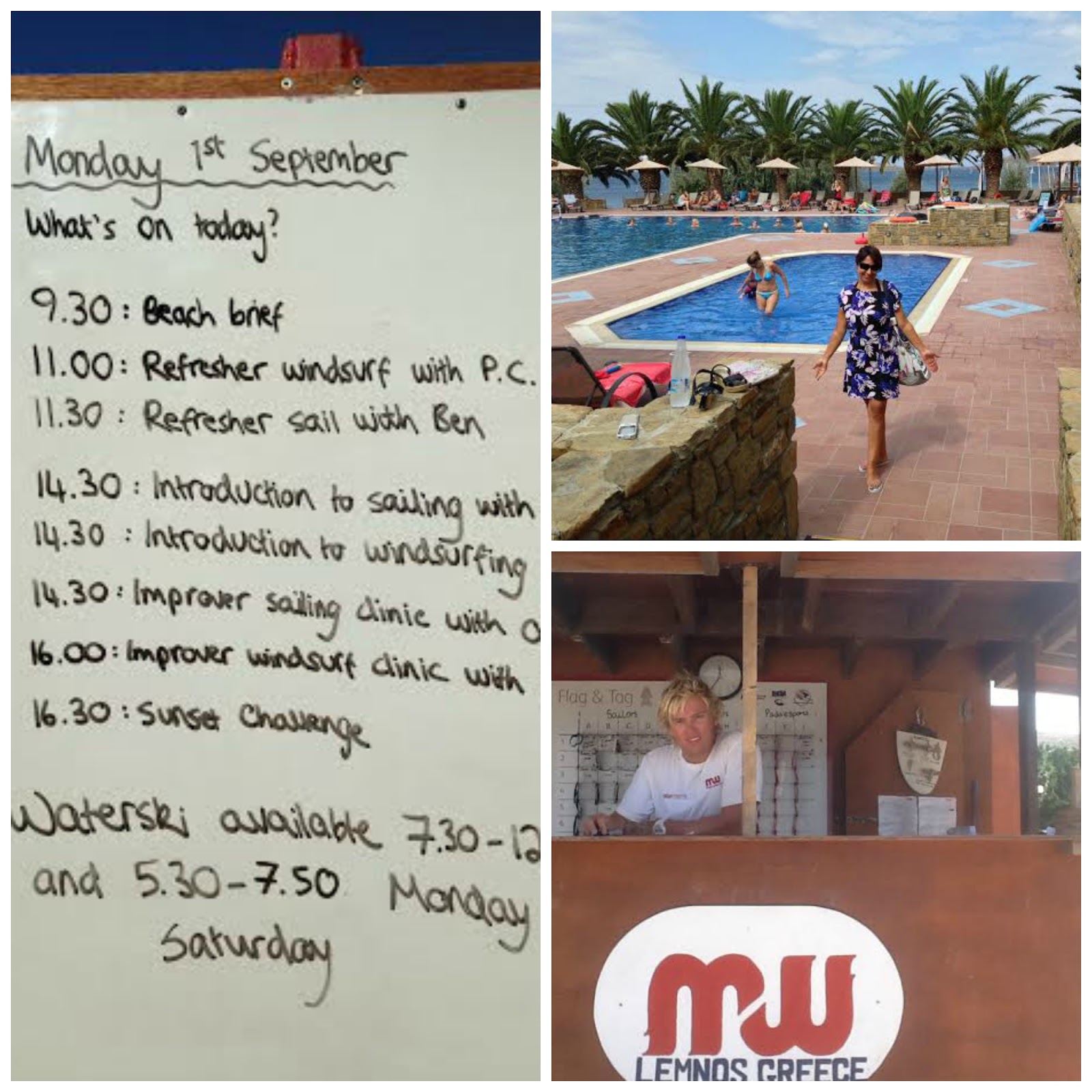 The food is fab and full board, more of which I've gone into on a second post with a general angle - The Pluses and Minuses of our Mark Warner Holiday.  Think sailing = good, Sex on the Beach = bad.

It still wasn't easy being away alone with two such young children.  I chose not to offload them 100% of the time, but definitely got some well-earned respite, met some lovely people and we all enjoyed messing about on the water and playing tennis.

I came home feeling like quite a different person, having been able to breathe and let go of all the stresses and strains of every day life, feeling assured the kids were in capable hands and having the times of their lives.  We all tried new things.  We bonded tighter and we made some wonderful memories.

It's unquestionably the sort of holiday - together with the kind and quality of catering included - that any single parent can be sure to be able to stomach! 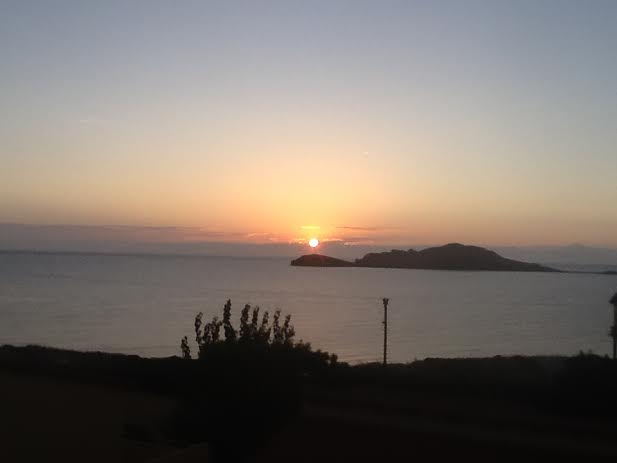 Disclosure - We were invited on this holiday to work with Mark Warner on their new Single Parent Weeks initiative.  I wasn't required to write anything specifically for my blog, but such was the goodwill engendered it only seemed fair to share.  As usual, all words, opinions and pictures are our own, obvs.
Posted by Older Single Mum at 13:14