Why Plastic's Not Fantastic and Three Little Things by Atlanta Cook.

You know when you meet someone and you only know them as a mum, but, gradually, over time, the pretty awesome person they are underneath gradually emerges?  Well, this has happened with a friend of mine called Atlanta Cook.  Following her Facebook posts has really opened my mind to the perils of plastic.

There was one picture in particular, much like this one underneath, that really resonated with my soul.  She was way ahead of the pack when it came to carrier bags and continues to campaign to reduce the amount of plastic in our oceans and generally what has become our addiction to it. 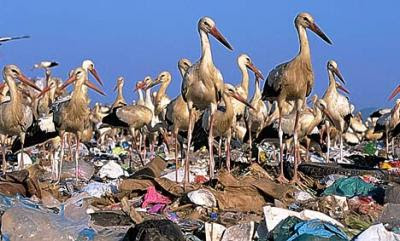 I implore you to watch the video she has shared below and to consider the three little things she suggests we can all do to reduce our consumption on a small, daily basis.  To be honest, they seem too small when you see the scale of things, how far reaching the problem is and what else could be done, but I've been so impressed with Atlanta's work, that I asked her to write something for us all and she has kindly done so:


Did you know that buying natural products supports Nature herself?

Ergo, buying plastic products supports fossil fuel consumption = destruction of forests, mountains, water aquifers, streams, rivers, oceans, the Arctic! Hmmm, a bit heavy I know, but true none the less!  But don’t worry, because solutions to plastic pollution are both simple and available to all.

Almost 200 nations around the Earth recently signed a Climate Change treaty in Paris that puts fossil fuels where they belong, in history.  The people have spoken and they want cleaner renewable energy and carbon capture technologies that reduce the level of CO2 in our atmosphere.

Information Age (world wide web spreads plastic pollution observations, we wake up and realise we can't eat or drink fossil fuels and they are destroying our planet)

Now we finally have a world agreement to work towards the reduction of carbon dioxide in the Earth’s atmosphere, it’s time for us all to act.  Divesting from fossil fuel by products, aka plastics is a great place to start.  Switching your home energy supplier to Ecotricity or Good Energy is also a fantastic way to support renewable energy.

But it's the little things in life too.  Small things matter - and to anyone who says they don't, just remind them what it's like spending the night in a room with a mosquito!

Even tiny changes add up.

We are mothers, we are teachers, we are beautiful, wonderful creatures - Keep Calm & Go Natural!

This beautiful short film tells just one story of the effects of our Plastic Addiction on Midway Island's bird population.

We all play a part in this story of pollution and change. All our actions have an effect in the wider world and small changes that we make are like ripples in a pond created by a tiny pebble - they expand and grow, reaching to the furthest edges.

There's no better place to Go Natural to Support Nature than in your home. The pulsing heart of your family, where you teach your children how things are, and how thing should be.

By making tiny changes in your shopping habits you can support Nature and teach the principles of sustainable living to your whole family.  These three little things require no great effort on anyone's behalf but the effects are great.

By swapping your plastic hand soap dispensers the environment reaps three rewards. Firstly, approx. 6 (1 every 2 months) plastic dispensers per year will not end up in landfill sites or incinerators, or 6 non-recyclable pump tops if you recycle the bottles. Secondly, the fossil fuel resources used to create these dispensers will not be needed, and lastly, the green-house gases, chemical & plastic pollution created during the extraction of the resources, the production process and disposal of those 6 plastic dispensers will not released in to the environment. Win win win :)

That's quite a lot of change and you're only doing what you did before plastic hand soap dispenser became the 'fashion' back in the mid 90s.  But what's really powerful is imagining what would happen if you did that for the whole of your adult life, 6 dispensers per year times 65 years! That's 390 dispensers you haven't bought and thrown away! Now imagine all your neighbours doing the same!  The scale of this change is pretty epic right?

2) A wooden washing up brush

Since 1995 I have been using wooden washing up brushes and have bought them as presents for many of my friends. Some of them come with 4 replaceableheads. I only disposed of my original 1995 handle on our camp fire last year! Through this tiny act I have stopped around 40 (2 per year) plastic washing up brushes going in to landfill or being incinerated between 1995-2015. I'm not sure how many of my friends continue to use the ones I bought them, but I've given at least 20 as presents over the years, so 20 times the 5 brush heads is another 100 plastic washing up brushes that have not needed to be created or destroyed.

The wooden ones are made using sustainably sourced wood and cactus fibre bristles, and they end their life as fire wood or compost.  What's not to like?

Replacing your existing brand could have a huge benefit to Nature. What's different I hear you say? Not much, just a cardboard stick that doesn't end up as plastic pollution on our beaches! And no plastic box or tub that ends up in a landfill site or incinerator.  During one of the beach cleans I organised last summer I found 43 plastic cotton bud sticks just in the small area where I was standing handing out the equipment and looking after people's bags. I was shocked, as I realised that people are flushing them down their toilets! After each heavy rain storm they flood through the Combined Stormwater Overflows and end up on our beaches, yuk!

Dental floss handles are another menace that have started to appear on our beach cleans over the last 8 years or so!

According to Surfers Against Sewage's Marine Litter Report and the Marine Conservation Society's Beachwatch Survey, plastic pollution of the seas and beaches has increased by over 100% in the last 15 years - and most of it (over 40%) is dropped or flushed by us!

It doesn't have to be this way. We can change things for the better by buying natural products. Cotton buds with wooden or cardboard sticks are easily available.
The main Three Little Things you can do, however, is to teach your family the 3 Rs:

REDUCE the amount of plastic you buy.

RE-USE what you have already bought.

RECYCLE what you can't use again.

In short, plastic's not fantastic!

The Story of Stuff